Are you feeling inspired to travel? Want to watch something to help with that inspiration?

With Netflix, Amazon Instant Video, Youtube and more, it’s so easy now to have instant access to TV. We are inundated with programmes and films, how do you decide what to watch?

Well, if you want to watch something to transport you to a new destination, have a gander over my travel inspired list below. Watch these films and documentaries and your travel bug will be going into overdrive. You’ll be buying a ticket to [enter name here] in no time!

Who doesn’t love our own national treasure that is Sir David Attenborough. And if anyone reading this blog doesn’t love him, I am not sure we can be friends!

My favourite Attenborough series include;

Life – for its vast and varied insight into different plants and animals from across our planet. From birds and insects to hunters and the hunted. I didn’t realise the animal kingdom could be so dramatic.

Life of Mammals – I know this one is old (2002 in fact) but it is so factual, I have learnt more from this series than I think I have from any other. I found out what a pangolin is! It’s an ant-eater that looks like a Pokemon!

Planet Earth 2 – so ground-breaking in its use of hi-tech equipment and dramatic scenes. The snakes vs iguana scene? Oh my god, that was so gripping!

All of the series are shot beautifully and show some really dynamic and breath-taking views of our vast and crazy planet. I read a great article by Hannah Summers, How to Travel like BBC’s Planet Earth.

Available on Netflix, best mates Scott, Justin and Andre are just down-to-earth and funny guys. I real ‘feel-good’ watch. Three series in and they have covered all continents. This documentary is different to the others as you feel like they are ‘real’. They are normal guys, traveling normally. No big budgets, no luxury travel, no crazy unreachable adventures, they do the things everyone wants to, and can do.

Based on the true story of Christopher McCandless aka Alexander Supertramp, we follow his story as he hitch-hikes across America and into Alaska. He searches for freedom, for solitude. The soundtrack was created by Pearl Jam’s Eddie Vedder and the film was directed by Sean Penn. This cult classic film see’s Christopher go off-grid, abandoning his car and donating all his money to charity, to be at one with the earth as he travels Into the Wild. 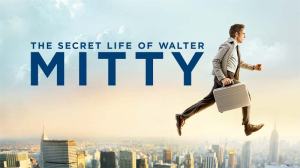 The Secret Life of Walter Mitty:

As well as an amazing soundtrack composed Jose Gonzalez, The Secret Life of Walter Mitty is a pretty damn good film. I love how Walter (played by Ben Stiller) goes from daydreaming about a better life (which I can guarantee we all do) to actually going and living it! I think that is message we can all relate to. This feel good film will have you wishing you could pack it all in and just go. Sound good? 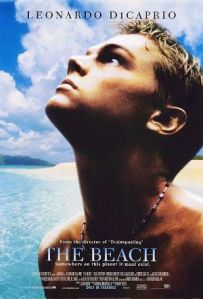 If this doesn’t make you want to visit Koh Phi Phi Leh, or any of the islands of Thailand for that matter, nothing will! There is mystery, beauty, idyllic landscapes, the adjectives go on and on. The Beach centres around pure paradise and living off the land. It follows the story of Richard (Leonardo Di Caprio) who, whilst staying in a hotel in Thailand, finds a strange map left behind by a fellow, albeit crazy, traveller. The adventure begins. I may be bigging this film up too much, but its a decent watch.

An absolute classic. You may be thinking what has Thelma and Louise got to do with travelling? Well, they hit the road, just the two of them, go to places they haven’t been before, are pushed out of their comfort zone and cross the open deserts of America. How much more ‘travelly’ can you get? Not to mention the total girl power that runs through this film. Perfect if you are about to go “road trippin’ with your two favourite allies.”

Its quirky and fun, arty and unique, funny and lovely. Amelie, I believe, is the best film to inspire you to visit the French capital, Paris. The film is based around Amelie’s dedication to helping people, but then she falls in love, and doesn’t know what to do for herself. You can visit so many of the places where the film is set. Most famously, the cafe where Amelie works, named Cafe des Deux Moulins. Also, Montemarte and Sacré-Cœur, one of Paris’ most famous buildings. You can also visit Canal St Martin where a lot of the film was shot. It’s a very cool place, plenty of cafe’s with outdoor seating over-looking the canal.

If you have any recommendations that I should watch and add to the list, just comment and let me know!